There appears to be a limitless number of holiday spots in India, ranging from scenic destinations to historically and culturally rich sites, from cities throbbing with commotion and confusion to destinations offering laid-back and comfortable stays. There is always doubt about the finest place to visit in India among this vast number of vacation places. Well! We solve your problem by compiling a list of the top 20 places in India for all types of travelers. India is a must-see travel destination. The hill stations of India are ideal vacation locations due to their quiet atmosphere, luxuriant foliage, expansive desert, lovely valleys, and dreamy lakes.

Sikkim, one of the most beautiful regions in India, is a gleaming pearl of the North-East Himalayas. This northeast Indian resort is well-known for being the home of Kanchenjunga, the world’s third-highest mountain (8586 m). Sikkim is one of the best places in India to spend a relaxing vacation while also participating in exciting adventure activities. 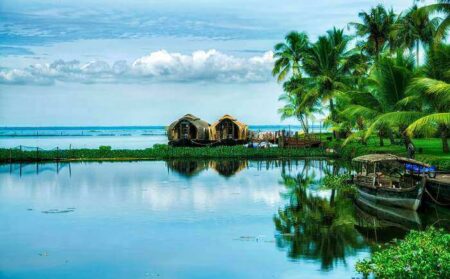 Yes, there are pristine backwaters, coconut-palm fringed beaches, relaxing Ayurvedic therapies, and colorful festivals. You guessed correctly. I’m referring to God’s own land, Kerala. Kerala is on the side of the Arabian Sea and the Western Ghats of India. It is blessed with enormous natural beauty. It is one of the most gorgeous areas in India, attracting thousands of tourists each year. Kerala is a must-visit location for all tourists since it offers a plethora of tourist activities.

Find amazing trekking, camping, and sightseeing tours across the country at the best price here! 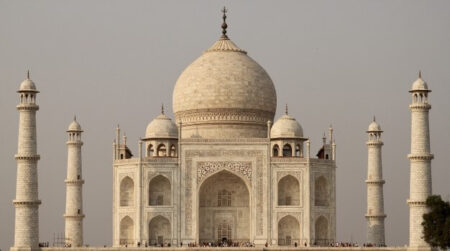 Agra, Uttar Pradesh, is home to the Taj Mahal, the symbol of love. With its three jewels, the stunning Taj Mahal, gorgeous Agra Fort, and splendid Fatehpur Sikri, the city enchants thousands of tourists from all over India and the world, including historians and art lovers. Agra also provides an opportunity to sample authentic and traditional Mughlai flavors, buy-in vibrant shops brimming with marble handicrafts and beautiful leather items, and immerse yourself in the exciting festival of the Taj Mahotsav. Get a closer look at this historic city by going off the beaten path and exploring the narrow passageways of the old city, ancient temples, and museums. 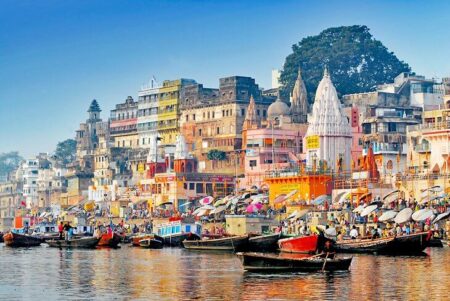 A vacation to the holy city of Varanasi in Uttar Pradesh would be incomplete without a visit. The city of Moksha (salvation), also known as the city of Moksha, carries immense religious significance for Hindus. The city, which is located on the banks of the sacred river Ganga, is thought to be over centuries old. Varanasi, India’s ultimate spiritual tourist destination, is bustling with magnificent antique temples and holy Ghats full of people performing various rituals and prayers. Varanasi provides a variety of experiences, such as paying respect to Lord Shiva at the famous Kashi Vishwanath Temple or having a bath in the Ganga’s sacred waters. 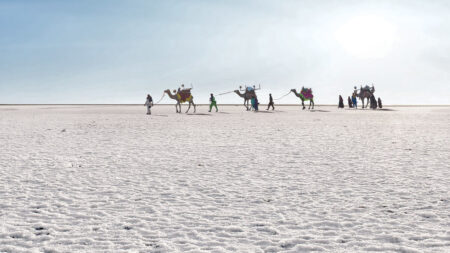 The Great Rann of Kutch in Gujarat is a vast stretch of white salt desert that is one of the top places to visit in India. The Rann of Kutch, which covers an area of 7500 square kilometers, is one of the world’s largest salt deserts and the only one of its sort in India. This must-see Gujarat attraction comes to life during the annual Rann Utsav when the white canvas is covered with all hues and shades of colorful folk performances and art. Camel safaris and delectable Kutch food are available in addition to live folk music and dance performances. Visitors can also see colorful migratory birds at the Chhari Dhand Bird Sanctuary, as well as breathtaking views of the Rann from Kala Dungar. Aurangabad, a historical city in Maharashtra, is dotted with numerous old structures. A city that has been ruled by various dynasties in the past, now boasts of its rich legacy, with architectural marvels that tell the stories of once-ruling dynasties. Aurangabad is the greatest place to visit for history aficionados because of its spectacular Buddhist cave paintings of Ajanta and Ellora. Annually, Aurangabad hosts the Ellora Ajanta Festival, which highlights the talent of a variety of dancers and musicians from across the country against the backdrop of illuminated many-year-old caverns. This festival adds to the allure of this old city and provides another reason to visit. 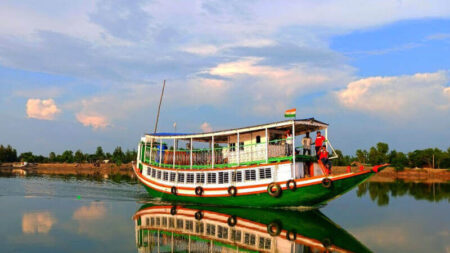 Sunderbans in West Bengal is one of India’s most famous wildlife sites, including the world’s largest mangrove forests and a high population of Royal Bengal Tigers. Sunderbans, located in the delta formed by the Brahmaputra, Ganges, and Meghna Rivers, is also home to a diverse range of wild animals, reptiles, and birds. It is also a World Heritage Site. 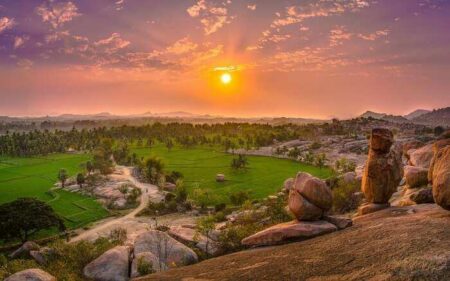 Hampi in Karnataka is another fantastic destination to visit for history aficionados, as it is steeped in the rich past of the Vijayanagara Empire stretching back to the 14th and 16th centuries. The ruins of this ancient city, with its numerous astonishingly gorgeous structures, temples, and palaces, continue to tell the tales of the Vijayanagara monarchs’ grandeur and magnificence. A visit to this ancient site in Karnataka would be incomplete without attending the yearly musical spectacle of Hampi Utsav. During the festival, one may experience live traditional dance performances against the backdrop of the magnificent ruins, which is a spectacular sight to behold.

Mysore is a historic city in South India that is famed for its stunning palaces and gardens. It is considered the cultural capital of Karnataka. Every Mysore attraction conveys a story about the city’s magnificent past. Whether it’s the beautiful Mysore City Palace glistening with thousands of bulbs or the Brindavan Gardens dotted with melodic fountains, Mysore never fails to impress its guests. During the world-famous Mysore Dasara Festival, a royal procession of colorfully decorated elephants is a significant attraction in Mysore. The city is also well-known for its exquisite silk sarees and the delectable sweet, Mysore Pak. Here are the list of places to visit mysore within 50 kms. 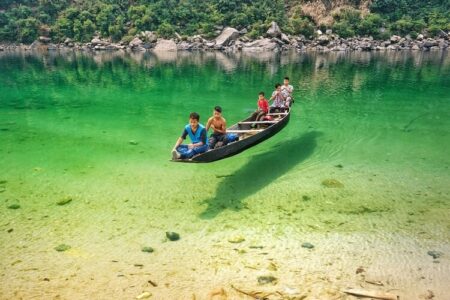 Meghalaya, often known as the “City of Clouds,” is a hidden jewel tucked in the lap of the pine-covered Khasi and Garo Hills in India’s northeastern region. Meghalaya, one of the most scenic states in North East India, is a great destination in India for trekkers, cavers/spelunkers, and environment enthusiasts, with its numerous waterfalls, mystic caves, deep forests, and dazzling lakes and rivers. Only in Meghalaya will you find amazing man-made living root bridges that are grown rather than erected.

I am the founder and author of online guider blog. A best place to have article through guest posts. I love reading, writing, and sharing my skills and knowledge to all over the world using a modern digital platforms. View all posts by Abu Hashim