eh Ladakh Bike trip is one of the most exciting activities which everyone wants to do once in a lifetime. However, this bike trip is more refreshing, full of thrill, chill, and the “Land of High Passes.” The unique thing about the Ladakh terrain is that it has mountains, forests, deserts, lakes, rivers, and waterfalls beautifully and compellingly. Explore the serene Pangong Lake, stroll along the Indus and Zanskar Rivers banks, and enjoy a folk dance performance. You can expect steep mountains, colorful Tibetan monasteries, a lively culture, numerous hiking trails, and rough terrain in this mystical land.

The Leh Ladakh biking tour gets to the land covered with snow-capped mountains and the highest motorable passes, making you feel amazing. Cherished for its incomparable panoramic views, icy crystal clear lakes, and swirling streets, Ladakh is quickly becoming the most trending place in India and is on everyone’s wish list.

By Air- The nearest airport to Leh is Kushok Bakula Rimpochee Airport (IXL), which is in Leh itself. The airport is just 3.8 km away from the central city. Kushok Bakula Rimpochee Airport is well connected with many international airports like Delhi, Chandigarh, Mumbai, etc., in India. You can find some taxis outside the airport or book a cab to get to your desired destination.

By Road- To reach Leh by road, you can either rent a taxi or jeep or hop on a JKSRTC bus, both luxury and ordinary, from Kargil and between Leh and Srinagar at regular and frequent intervals. Alternatively, you can take a bike tour to Leh from Srinagar, Manali, Delhi, or Chandigarh, depending on how long you have time. Unfortunately, you can only travel to Ladakh by road between May and September as the roads are closed during the winter months due to heavy snowfall.

By Train- Ladakh cannot be reached directly by train as there is no Railway station in Ladakh. The nearest railway station is Jammu Tawi which is 700 km from Ladakh and connected to Delhi, Kolkata, and Mumbai. You can hire a taxi or a JKSRTC bus to get from Jammu to Ladakh.

The best time to make a bike trip to Ladakh is from mid-May to October. The Srinagar roads open from mid-May, while the Manali route opens after May. You can only make this road trip in the autumn and summer seasons. 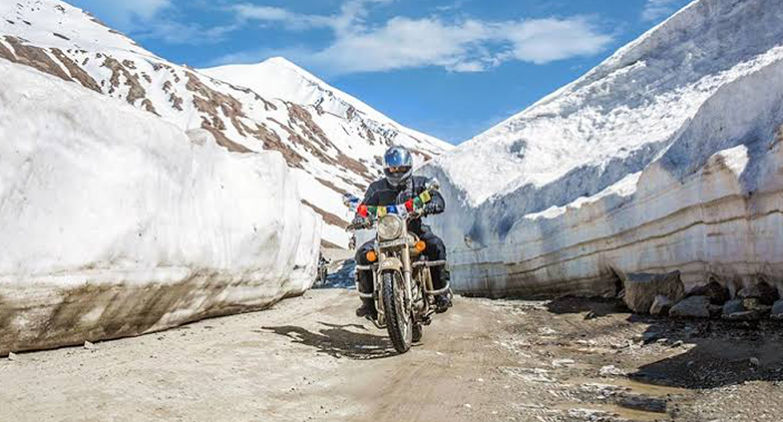 The bike trip to Leh Ladakh is one of the most beautiful tours in the world. The Leh- Ladakh bike trip is not that tough. Anybody with a moderate physical body can ride for hours and hours. As a land of high passes and frozen lakes, it adds to a certain degree of difficulty that challenges bikers and adventurers from all over the world. This trip is going to be more accessible and more exciting for you.

The people of Ladakh generally show a natural joie de vivre that is given free rein by the ancient traditions of the region. Socio-religious festivals, including the annual festivals in monasteries, provide the pretext for social gatherings. Archery is a hobby for everyone in summer. Buddhists often practice this sport in the form of open-air parties with dancing and singing. The game of polo is another proud element of popular culture.

I am the founder and author of online guider blog. A best place to have article through guest posts. I love reading, writing, and sharing my skills and knowledge to all over the world using a modern digital platforms. View all posts by Abu Hashim