Belur and Halebid Temple – Places to visit in Hassan 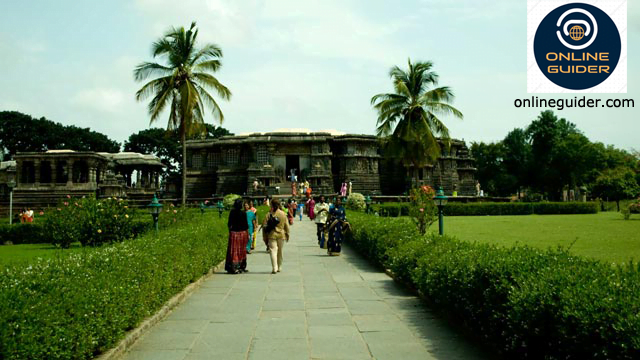 Belur and Halebid Temple – Places to visit in Hassan

I am from Malenadu and my place is very close to the beautiful place called Sakleshpur. Belur is just 35KMs far from my place and here is my latest talk about the Belur and Halebid Temple – Places to visit in Hassan. As we take name of Beluru, we remember the Hoysala Dynasty. They ruled part of Karnataka State from 11th century AD to 14th century AD.  Earliest inscription which provide information about Hoysala is Madale Inscription near Beluru. Beluru City is famous for the Hoysala Architecture. The city situated 221 KM away from Capital of Karnataka State that is Bengaluru, 22 km away from Hassan, at the elevation of 975 meters above the mean sea level. Beluru is also a state protected heritage site. Recently government proposed for World Heritage Site tag.

Belur and Halebid Temple. The most beautiful places to visit in Hassan

Beluru recognised in the world map for its famous Chennakeshava Temple. Beluru is in Hassan District and also have Municipal Council as local administrative body. Beluru is famous for its Hoysala or Vesara style of construction of temples. It was earliest capital of Hoysala Empire.

Main Characteristics of this Architecture are, as follows

This is a very famous temple among the temples which were constructed by the Hoysala’s. As we step inside the temple Rajagopura welcomes us. This great structure constructed by Kings of Vijayanagara Kingdom. Construction of this temple begin in the year 1117 AD by Vishnuvardhana. His guru Ramanujaacharya ordered Vishnuvardhana to construct this temple. Temple construction is commemorated in the remembrance of victory over Cholas.Chennakeshava or lesser known name Vijaya Narayana Temple situated on the banks of Yagachi River.(It is tributary of Hemavati River) Chennakeshava temple is Eekakuta temple.

Since Lord Vishnu took Mohini avatara and came to this place, Beluru also known as Bhu-Vaikuntka, and in this remembrance same make up will done to Chennakeshava too, with nose stud, necklace and other dresses. Main attraction of whole complex are ,pillar’s .There are 42 pillar’s among them four inside the shrine, rest situated outside of temple. Among all the pillars Narasimha pillar is famous, beautifully carved out, in this pillar Narasimha (Incarnation of Lord Vishnu) slaying the demon Hiranyakashipu, artisan never forget to depict intestines of Hiranyakashipu. Earlier days due ball-bearings the Narasimha pillar was rotatable, but as of now it is normal as of other pillars. All pillars having Madanika, and are performing various activities, someone beating drum and someone performing music. Among all madanika’s  Darpana Sundari (The girl who is looking into Mirror) is famous one. Pointer toe of Darpana Sundari in both of her legs are smaller than middle toe, according to Hindu Mythology girl who is having such fingers are, beautiful but furious. Kannada’s famous poet D.V .Gundappa wrote bunch of poems called  “Antapura Baalike”  regarding these madanika’s. The Gopura or Vimana over the shrine lost, over the time, Though Mysure Wodeyar Dynasty built gopuram on top of the temple, but these gopuram bytes dust during British era, British never shown any interest to rebuild them.Typical Hoysala Vimana raises step by step, not  a sudden raise as in North Indian structures.

We can enter temple from three sides, means temple have 3 main entrance doors, each door is decorated with pair of dwarapalakas at either side. In Hindu mythology it is believed that in Vaikunta is home of Vishnu and front doors are guarded by Jaya and Vijaya at either sides of the entrance, same thing is defined by sculptures since temple is dedicated to Lord Vishnu. Inside the temple complex there exists four temples. In centre Chennakeshava temple, and is facing east side. Kappe Channigararaya temple is east of Chennakeshava and Soumyanayaki (form of Laxmi) is left of the Chennakeshava temple, on left of Soumyanayaki temple, Ranganayaki temple is situated. Temple complex contains two main Sthambha.Garuda (Pillar of Eagle) Sthambha was erected during Vijayanagara era and Deepa Sthambha(Pillar of Light) erected in Hoysala era. Kappe Channigararaya temple is smaller in size, compared to Chennakeshava Temple. This is Dweekuta temple. Idle inside the temple too is Keshava (Form of Krishna) installed by Shantale, wife of King Vishnuvardhana. Shantala or Shantale was noted dancer of that period.

When MalikKafur invaded South India, along with dynasties of the day,temples were also looted for diamond, gold ,silver other valuable’s which were there in the temple. There is a saying, to avoid the destruction   of the temple, whole temple was covered by sand from near river!!!

Before 1950 there was no state protection to this place, hence some portion of the statue’s , sculpture’s and temple are ruined  ,due to anthropogenic reasons and nature also gave its contribution  ,hence some portion of statues and sculptures which carved out side of the temple walls are ruined, Now due to protection provided by both Central and State government , place is well protected.

Recently place was in news for wrong reason, Telugu movie was shooting in the premises, installed lord Shiva statue, which would cause monumental destruction of the protected site, after warning issued by concern authorities, statue was removed and shooting also halted. 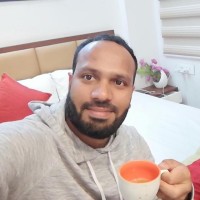 I am Isak, founder of onlineguider.com. An Internet guy who knows, how the algorithm of search and it's result works. I love reading (learning), getting updated myself, sharing my skills and knowledge with all over the world using modern digital platforms.

Oh WOW…, Isak, as you described, Beluru seems to be very beautiful and interesting place to visit.Thanks.