Why is Electric Car Market Holding Back, is it Lack of Charging Points or Vehicles?

Why is Electric Car Market Holding Back, is it Lack of Charging Points or Vehicles?

Electric vehicles market is still holding back as the UK target was to increase the electric sales to one-third of total market! No success yet

The UK car market is flourishing and nourishing exclusively where the government has plans to shift the country over electric power vehicles by 2040. No success so far as the highest car sales as electric are almost equal to none. There are only 5 electric vehicles selling against 100 conventional models all across Europe. The UK has even lower figures while the UK government is giving a hefty subsidy on electric vehicles.

Why is electric market hampered?

It is also clear that some motoring groups and insurance companies have warned over the electric shift that putting the mobility on charging system is a big risk. But an analysis report says that there are more than 31 charging stations are working in the UK where platforms for electric mobility include Tesla, Renault, Nissan, and they are actually fulfilling the purpose of being there.

The charging systems and infrastructure are expected to keep pace with the number of different electric vehicles on the road until 2020. The government has plans to increase the total number of electric vehicle sales by 2020 and it is also in a plan that every 25 miles must have an electric point for almost every car.

One of the automotive or technology experts says that I am a myth spread by the automotive industry and they definitely don’t want to be swiped by the electric vehicles in the UK and Europe. There is significant number of charging points in the UK.

What is required to flourish the electric car market?

It is clear that fuel is one of the most important things to get going on the road and there are hundreds and thousands of fuel stations available across the country. Almost one fuel station on every big road is enough to satisfy the needs of cars engines and one on every entrance and exit to the motorways. There are hundreds of services and every service has fuel as an initial offering.

If the market moves over the electric mobility, they need to be perfectly treated because, in conventional cars, fuel consumption system works differently. People can carry fuel with them if they are away from the fuel station. Vehicles have traveling capacity of near 1000 miles. But in the case of charging, electricity cannot be carried over, the mileage range of the vehicles is also very low. If charging end, they take long to recharge and get ready for next 50 to 60 miles.

A sufficient number of charging spots are essential if government desires to increase the electric mobility in the UK. The electric vehicles must be capable of getting a charge from an electric socket, can be charged in the parking, even on the road-side parking. The charging systems should be available for the homes and on the countryside roads.

A group of experts says that the government must deliver their plans and it is unlikely that government can step back on these plans now. It is also unlikely that the market can face a shortfall at the charging points.

What is the current electric cars market situation?

The current situation is a bit weak and the government has also issued a scheme for the new electric car buyers to subsidize them with £5000 from the government side, but sales are still very low. On the other hand, car manufacturing companies are producing a very low number on electric cars and a huge amount of conventional vehicles. In the past even, they have launched a very small number of electric vehicles. If compare to the conventional vehicle models, according to the survey results by the T&E, there are less than 20 electric models across Europe against just under 500 conventional models.

Some of the electric models are just the same but their name is different in different countries e.g. Chevy Bolt is known as Opel Ampera E, they have a limited supply and months of waiting time to receive a new vehicle.

What is the market situation in the UK?

The high-end model Jaguar I pace is already on the market now and it is the first electric vehicle of the British automaker. This model is expected to go on sale by the summer of this year. By 2019, there are another 19 models to come in the UK market.

What are the key barriers to growth?

According to the market research analysts, there are several key barriers which currently can be observed in the market. The director of the transportation and energy saving trust in the UK told that one of the biggest barriers to the growth of the electric car market is automakers. From the dealers’ side, the head of the industry group says that they do not have enough models for the sale which they can claim as pure electric models.

In the meeting with the MPs, they told that the model choice issues are very important and they need to be addressed at any cost by the next year. MPs told that there will be many beautiful and excellent models to arrive in the UK market in next one and a half years. The European director to tesla motors says that the firm has taken orders from the UK market. The director also confirmed that they also received some orders for the Tesla semi-automatic electric trucks but drivers believe that there are not enough charging points in the UK to charge these larger trucks.

There may be a perception but not a reality that the easy access to the charging points is a hard thing keeping the consumers’ other way and opt for conventional models. In England, an average driver has a charging point in its four miles radius and in wales, this distance is more than 10 miles. These stats are found by the Energy saving trust.

The worst area in England in Devon, where a charging point can’t be found even in 40 miles radius, however the best area in London where the charging points are everywhere and an average driver can find a charging point within a quarter mile radius. This is almost the same amount of points as of the postcode lottery points.

The future of charging points infrastructure

The car industry, on the other hand, has rejected the allegation on them that they are not making enough electric vehicles or different models. They said that the automakers undertake every effort to move the market over the electric mobility and introduced many models in the market. The spokesman from the ACEA automakers association says that manufacturing the electric vehicles is under their control but installing the charging points and creating the feasible market for the electric mobility is not in their jurisdiction. He also said that they need to consider the factors that are beyond the industry’s control. All these factors can give a boost to the growth towards mobility shift.

This blog post has been written by Jennifer; she has been in the car industry for years. She currently works for Garage 777 who specialize in engines supply and fit service in the UK. 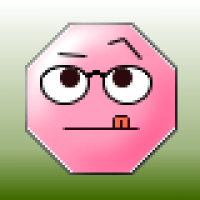